Planning a stay-at-home summer movie marathon? Well, thanks to our partners at VIZ Media, we’ve got the perfect lineup of action-packed, classic anime movies for you.

Starting August 7, you’ll be able to stream Sailor Moon R: The Movie, subbed and dubbed! This marks the first time ever that Usagi Tsukino and her fellow Sailor Guardians have appeared on Funimation. As one of the most iconic anime series that many fans grew up with, we couldn’t be more excited for their debut.

Sailor Moon R: The Movie is the first film from the classic anime series based on the hit manga from Naoko Takeuchi, which has captured an audience all around the world! From magical girl tropes throughout anime to a recent makeup collab, it’s never been a better time to be a Sailor Moon fan.

These films follow the Band of Hawk during the Golden Age Arc of Berserk. If you’re a fan of hard-hitting, gritty anime, these movies are perfect for you!

Just recently, we announced that the original Naruto series, as well as the first 75 episodes of the legendary Hunter x Hunter (2011), are now streaming on Funimation in the United States and Canada. You’ve got plenty to add to the watch list!

Check out the synopses for these three films below, and let us know what you’re excited to watch first. It’s an ordinary day for Sailor Moon and her fellow Guardians, until Mamoru’s past puts the Earth at risk! As a child, he gave lonely alien Fiore a rose as a gesture of gratitude for his friendship.

Since then, Fiore has been searching the galaxy for a flower worthy of the favor. Alas, his choice of the mysterious Xenian flower sends the Guardians hurtling into space to save Mamoru—and the Earth! Berserk: The Golden Age Arc II – The Battle for Doldrey

No one has ever breached the impenetrable Fortress of Doldrey. But the Band of the Hawk and their enigmatic leader Griffith are ready for the challenge, as they continue to win every battle, gaining notoriety throughout the Kingdom of Midland. And with Guts’ gigantic sword in the ranks, such a task should prove trivial.

After hearing rumors about his old allies, Guts decides to reunite with the Band of the Hawk, only to discover his former ally Casca now leading. The Hawks plot to free Griffith, who was imprisoned for treason.

But the man they save isn’t the same after a year of horrific torture. All that remains is the Crimson Behelit around his neck, which will soon darken his heart along with the sky. 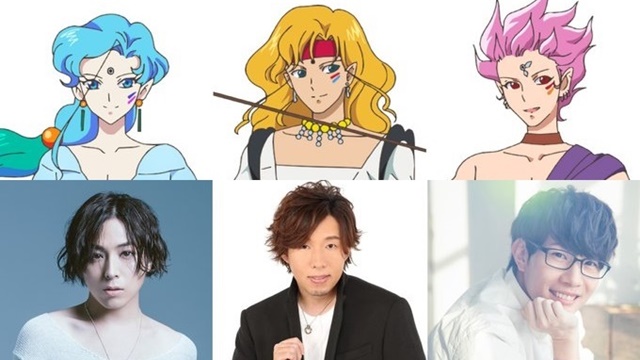