It was announced on March 4 that Kenjiro Hata’s (Hayate the Combat Butler) hit romantic comedy manga series Fly Me to the Moon will be getting a TV anime adaptation from October. The first visual was released showing the lovebirds Nasa and Tsubasa Yuzaki. 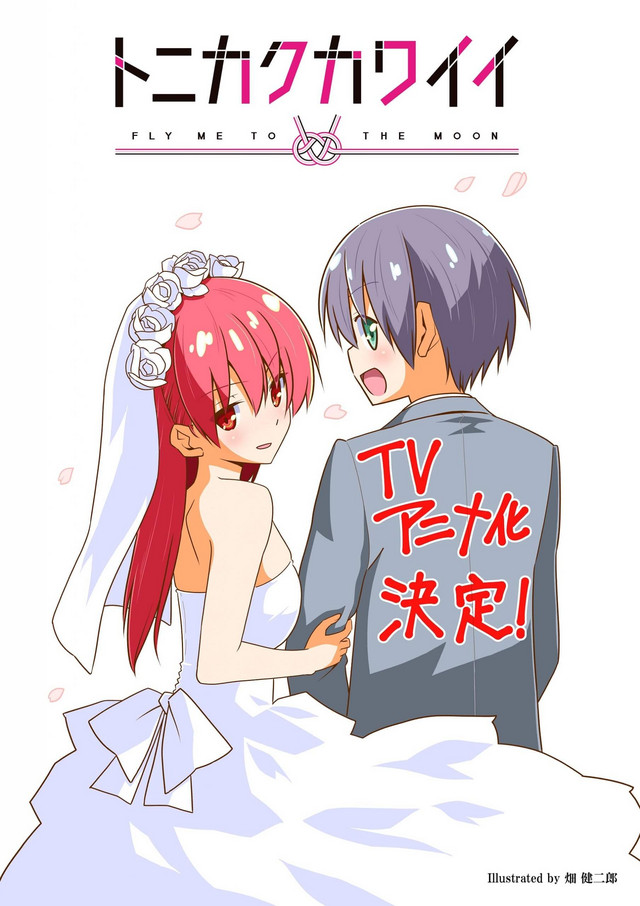 Fly Me to the Moon (or Tonikaku Cawaii 'Generally Cute' in Japanese) follows newlyweds Nasa and Tsubasa Yuzaki who met when Tsubasa saved Nasa from a car accident before his high school entrance exam. The story was first described as a story full of "love" and "dreams." The English name for the series comes from the kanji reading of Nasa's name, "Hoshizora" which means "Starry Sky" in Japanese.

The staff, cast, or anime studio hasn’t been announced for the Fly Me to the Moon TV anime as of yet. Viz Media has licensed the manga series, that’s currently being serialized in Weekly Shonen Sunday, with the first volume will be available in English in “Fall 2020.” Nine volumes of the series have been published in Japan so far.