Fruits Basket Season 2 is the next big news around the corner. Fruit Basket season one was one of the best anime of 2019. Fans were very excited because this version of Fruit Basket was more dedicated to manga, unlike the 2001 adaptation.

What’s the Anime About?

For those, who are unaware of this anime. Let me tell you the basic plot. The Story revolves around Tohru Honda who Started living with the Soma family after the death of her mother. But Soon she discovers their weird Family Secret.

The Soma Family has a curse on them. Twelve members of the family are possessed by spirits of the Chinese zodiac animals. Moreover, they even turn into their Zodiac animal. But this happens when they are weak or under stress. Even embarrassment, or getting a hug by someone of the opposite sex transform them. 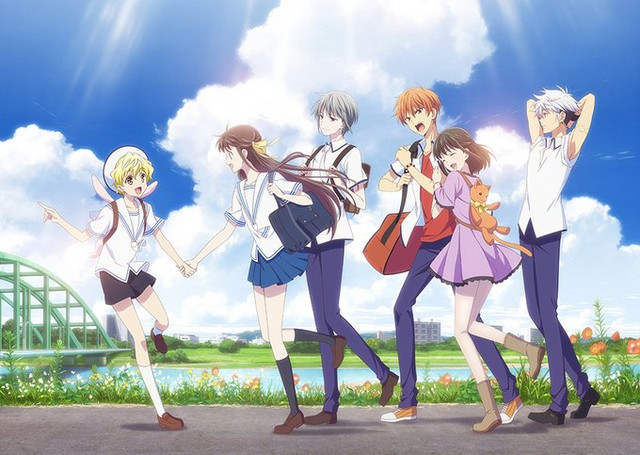 Fruit Basket Season 1 was a major hit. But it came to its end after the 25 Episodes. Luckily for fans, the official Twitter account for Fruits Basket confirms that the new Fruits Basket anime series would be making its return for the second season in 2020.

FRUITS BASKET CONTINUES! Season 2 has been confirmed for 2020 and will continue to tell the full manga story. Thank you for watching!

The Japanese site https://t.co/ma4to3Xep4 has special illustrations by manga creator Natsuki Takaya-sensei, drawn for each episode of season 1! pic.twitter.com/UNJfRL5jh6

When will the 2nd Season of Fruits Basket Air?

According to Crunchyroll the release date for the Second season of Fruits Basket will air from Spring 2020. Furthermore, the Second Season will air on TV Tokyo and affiliate channels, featuring the same cast and staff as the first season.

Update: The Anime Will Premiere on April 06.

Here is the Official Key Visual Released by Funimation.