Made in Abyss: Dawn of the Deep Soul Anime Film Heads to North American Theaters 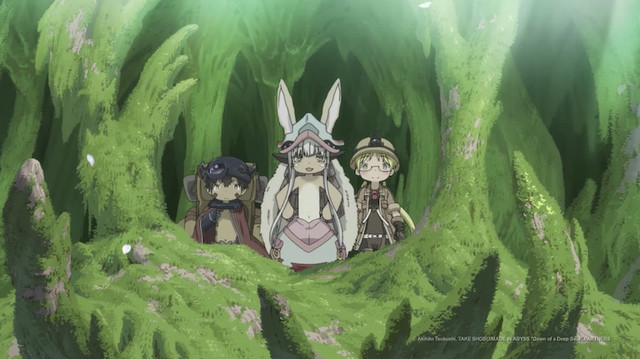 The Made in Abyss anime got its long-awaited followup in the form of the new theatrical feature, Made in Abyss: Dawn of the Deep Soul, and now it has a date with North American theaters. Sentai Filmworks announced plans for a U.S. premiere on Saturday, April 11 at Anime Boston, followed by nationwide theatrical distribution.

Dawn of the Deep Soul won't be venturing into theaters alone. It will also come with two exclusive extras in the form of the Marulk's Daily Life animated shorts that were featured with the Japanese screenings. Check out a new trailer below, and stay tuned for more screening info on the official website.

Dawn of the Deep Soul continues the epic adventures of young explorers Riko and Reg, who are joined by their new friend Nanachi as they descend into the Abyss’ treacherous fifth layer, the Sea of Corpses. There they encounter the mysterious Bondrewd, a legendary White Whistle whose shadow looms over Nanachi’s troubled past. Although Bondrewd is ingratiatingly hospitable and the trio soon becomes fast friends with his gregarious daughter, Prushka, the brave adventurers know things are not always as they seem in the enigmatic Abyss...