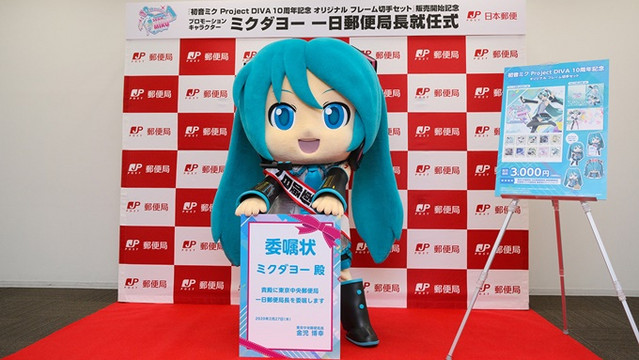 To promote the release of the special frame stamp set for the 10th anniversary of Sega's Hatsune Miku: Project DIVA rhythm game series, Mikudayo, a human-size Nendoroid costume character, served as a one-day postmaster at Tokyo Central Post Office on February 27. Probably due to the Coronavirus concern (which is not directly mentioned in the press release), her inauguration ceremony was held with no audience at the lobby of the first floor of the building.

Hiroyuki Kaneko, the Head of Tokyo Central Post Office, gave a letter of appointment for the one-day postmaster to Mikudayo. 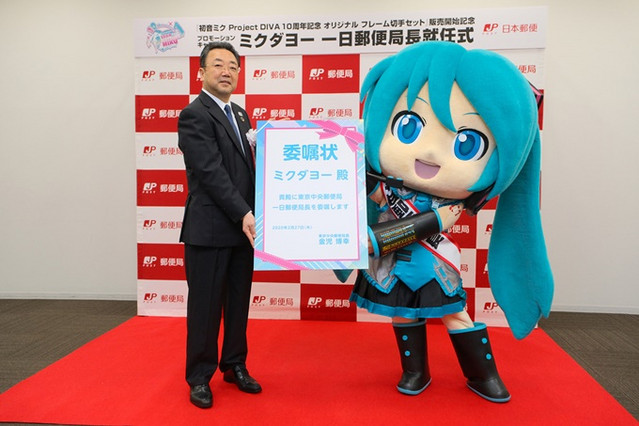 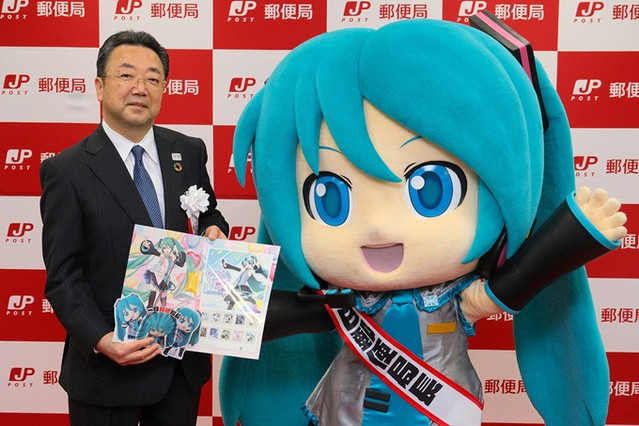 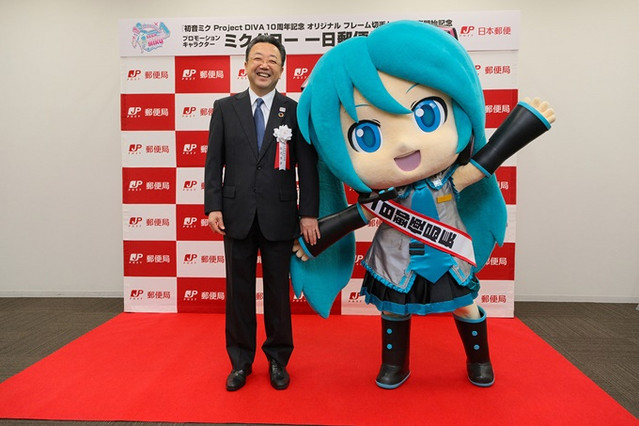 Mikudayo expresses her joy of receiving the letter of appointment. 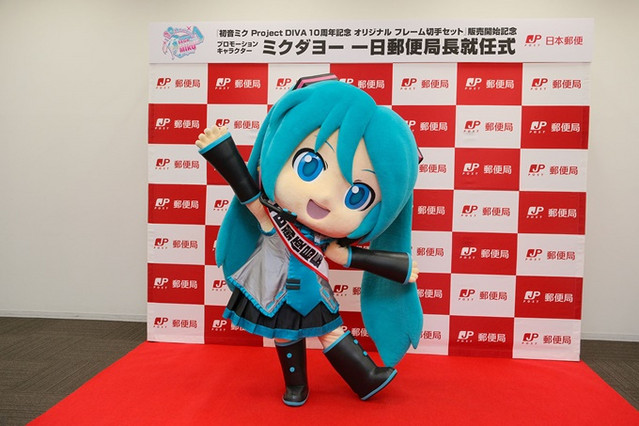 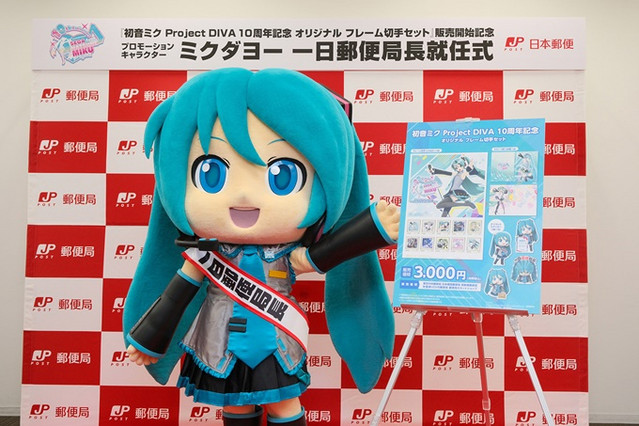 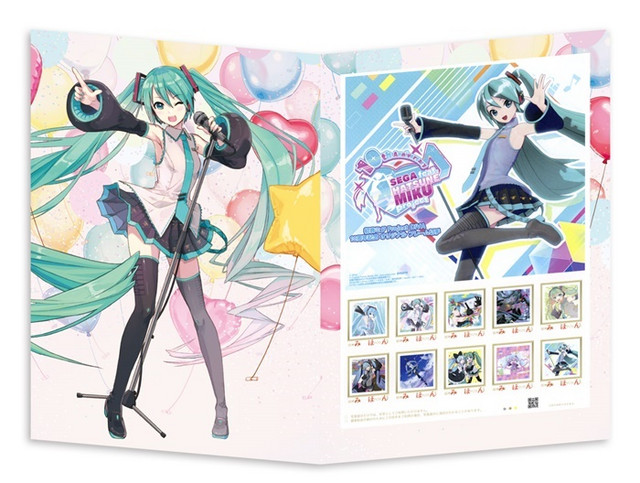