My Hero Academia's Most Terrifying Team-Ups!

Hello everyone, and welcome back to Why It Works! Last week, I managed to catch the latest My Hero Academia movie, which I personally think might be the strongest part of the anime so far. Filled with dazzling battles and celebrating 1-A’s entire roster of young heroes, it was a thrilling film, and felt like the dramatic fulfillment of something Ashido mentioned just a couple episodes ago. 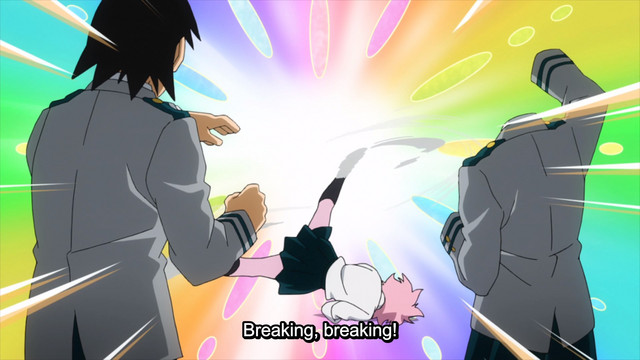 As the class was discussing the latest professional hero news, Mt. Lady’s recent team-up with several other rising heroes prompted Ashido to invent the improbable but kinda terrifying “Team Rainy Day,” which would involve Sero flinging a weightless Ashido around as she spewed acid across the ground below. As horrifying as that potential partnership sounds, it would certainly make a big impression—and it got me thinking in turn, about what great partnerships might already be waiting to be revealed among the ranks of 1-A.

My Hero Academia is somewhat unique among shonen anime in that, due to the nature of Quirks, its various character powers all work in wildly different ways. Heroes aren’t working off a common type of “spirit energy” or swordsmanship or whatnot—all their powers imply dramatically different approaches to combat, and to heroism more generally. This style of power design naturally lends itself to unique and uniquely compelling battles; both JoJo’s Bizarre Adventure and Hunter x Hunter follow a similar model, and their fights are similarly some of the most distinctive and exciting in the genre. 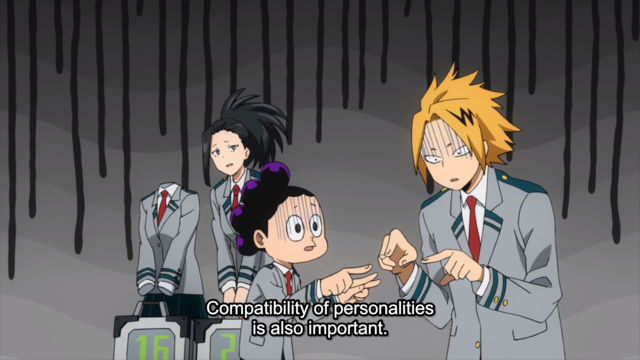 My Hero Academia’s novel powers mean the show is full of distinctive fights as a baseline, but it also means the idea of combining powers is uniquely interesting, because so many of the characters’ powers don’t just “amplify” each other, but actually fundamentally change how other powers can be used. Rather than the exciting but simply additive combination of “join my strength to yours,” Academia offers the puzzle-box satisfaction of fitting awkwardly shaped powers together, resulting in potentially exponential increases in power and flexibility.

For most of My Hero Academia’s run, the students of 1-A have simply been too inexperienced to even begin thinking about how their powers might combine together, and the teams they might eventually form. But All Might has retired, 1-A have all earned their provisional licenses, and the future won’t wait. With the release of Heroes Rising, the idea of 1-A teaming up in order to make best use of their powers is now a reality; Heroes: Rising might not feature Team Rainy Day specifically, but it’s absolutely brimming with fun pair-ups between My Hero Academia’s stars. And in light of all this, the final question remains: what are My Hero Academia’s most promising team-ups? 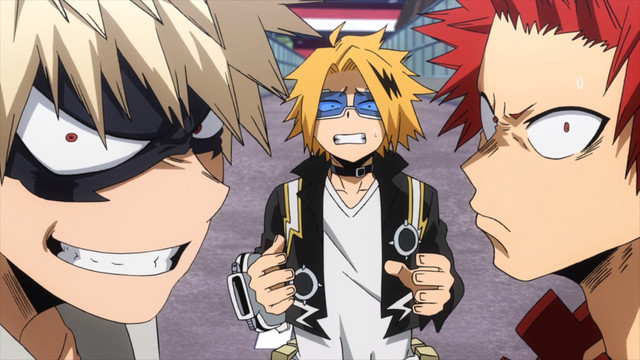 Also known as team “Kirishima’s Very Bad Day,” this team doubles down on Kirishima’s hardening power, by flanking him with two allies who tend to create an awful lot of collateral damage. Kirishima’s Quirk makes him largely immune to the effects of both his friends, meaning Thunder Punch would be able to pile attacks upon attacks, sending rocky fists through a field of lightning and explosions. Additionally, Kirishima and Kaminari are quite simply two of the only people Bakugo actually likes—as Yaoyorozu mentioned, matching temperaments is just as important as matching quirks. Just don’t send this team on any delicate or rescue missions—these guys are bruisers, and they just need something to (thunder) punch.

There’s more to heroism than simply beating the crap out of villains, and for lots of hero work, being able to punch hard won’t help you in the slightest. That’s where Team Lifeline comes in, a team that balances a flexible array of utility powers in order to offer the best disaster relief and search-and-rescue skills possible. All three of these heroines have powers that work fine in battle, but are even better-suited to reconnaissance and rescue. Jiro’s ability to sense buried citizens, Yaoyorozu’s all-in-one supply kit, and Asui’s general flexibility and movement, when combined with their existing friendship and consistently even temperament, would make these three one of the strongest non-combat teams around. 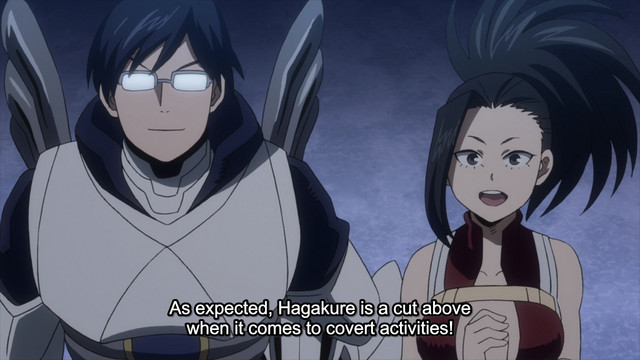 Along with combat and rescue, competing as a hero in a world filled with villains demands keeping a careful eye on your opponents. Though Koda’s powers don’t lend themselves to combat directly, his ability to speak with animals means he’d make for a terrific information-gatherer, with all the birds in the sky serving as his eyes. Hagakure is likewise naturally suited for quiet infiltration, and when the time comes to pin down a suspicious character, Sero’s speed and containment-friendly power make him a natural complement to his two classmates.

There’s an interesting contradiction in My Hero Academia, in that while heroism is often framed as something we achieve together, the status of the “number one hero,” superior to all others, is still greatly fetishized. Team Greatest would work to end that system, as four of 1-A’s most talented, dedicated, and clear-headed heroes would seek to claim the “greatest hero” mantle not as individuals, but through their collective strength. Midoriya has spent his life proving that even those not destined for heroism can achieve greatness—through his eventual team-up, I could easily see him proving that heroism is something to be shared among friends, not celebrated as your personal summit. 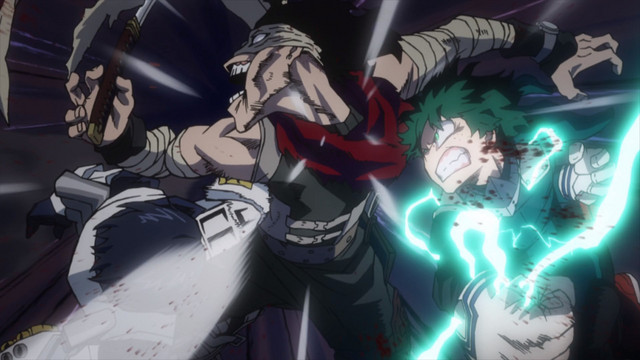 Those team-ups make a lot of sense to me, but there are plenty of potentially effective hero squads among 1-A’s ranks. I hope you've enjoyed this discussion of hero team-ups, and please let me know all your own ideal hero teams in the comments!

Nick Creamer has been writing about cartoons for too many years now, and is always ready to cry about Madoka. You can find more of his work at his blog Wrong Every Time, or follow him on Twitter.