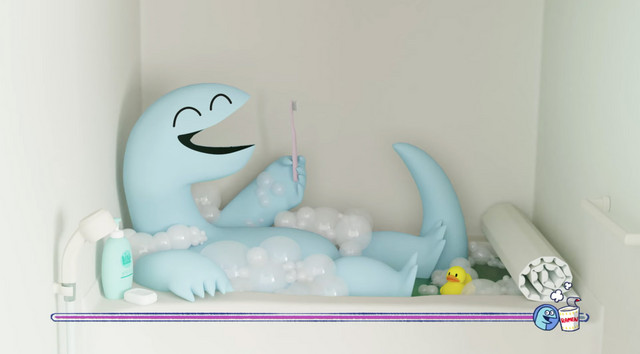 After the first trailer for the live-action adaptation of husband and wife duo Moriko Mori and Kota Tomimura’s quirky Gal and Dinosaur manga was released on February 6, the first trailer for the anime portion was finally released on March 4, previewing the theme for the series, ‘Kyoryu Agemizawa ☆ (Dinosaur Agemizawa ☆)’ as well as Miyuri Shimabukuro as the female lead, Kaede.

Both versions of Gal and Dinosaur will air from April 4 at 25:00 (effectively April 5 at 1 AM) on Tokyo MX and BS 11, with the first 15 minutes of the slot dedicated to the anime, with animation from director Jun Aoki (Pop Team Epic) at Space Neko Company and Kamikaze Douga, and the second half being dedicated to the live-action series, featuring gal-model 8467 (Nana Yashiro) as Kaede.

Gal and Dinosaur follows the daily life of a gal (a type of fashion style in Japan) living together with a dinosaur in Tokyo.