So, An Anime Made You Cry: A Guide to Recovery 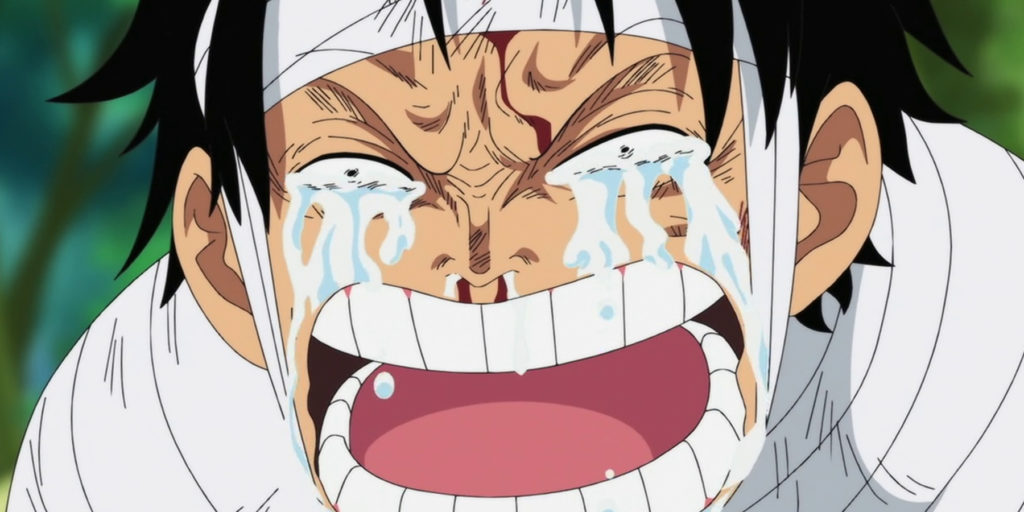 It’s 2 a.m. You’re on the couch, swirled up in blankets and covered in a light layer of snack crumbs. With a tired but fulfilling sense of accomplishment, you finish the last episode of your late-night binge-watch of Your Lie in April. Before long the tears start to flow as you think about what you saw, and that’s when reality hits you: an anime made you cry.

This and similar occurrences are all too common amongst anime watchers — perhaps you have fallen victim to this kind of scenario, where an anime sneaks up on you and has you in tears.

Maybe you were watching an episode of Fairy Tail, when Natsu’s unwavering will to fight for his friends or the loss of the Dragon Slayer’s adoptive dragon parents suddenly and unexpectedly assaults your tear ducts. Or maybe you didn’t expect Orange to hit you as hard as it did. Whatever the situation, the result is the same: an anime made you cry.

What do you do when this happens? How can you recover from the devastating gut-punches that anime, drama or otherwise, constantly deal out without warning? Fear not, as we’ll provide you with the answer below. So next time you shed tears over an anime, you can follow this handy guide to recovery! 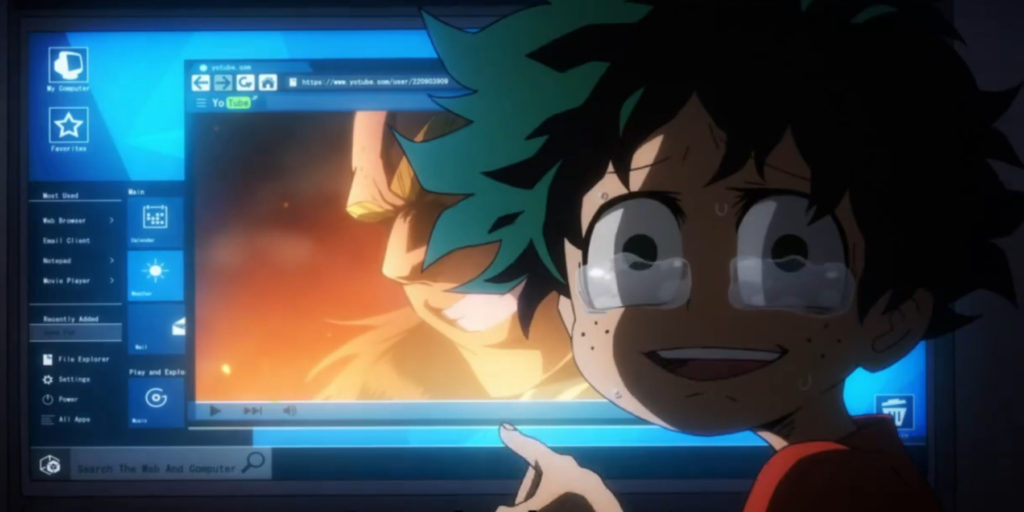 The first step to overcoming a case of the anime feels is to just, well, cry it out. That might sound counterproductive, but it will ensure that you are empty of liquid emotion, which is crucial for the following steps.

There are a number of ways to let those tears out, the most popular being to curl up into a ball on the floor. Of course, doing this on the edge of your blanket-encompassed seat is also an effective option.

No matter how you choose to cry out the anime blues, the most important part of this step is to not hold it in. Holding back tears could risk the anime feels attacking later when you least expect it and/or at an extremely inopportune moment.

Perhaps you watched that episode of Fullmetal Alchemist: Brotherhood, and instead of holding it in until you randomly scream-cry “Ninaaaaa!” in a crowded restaurant, you should probably let those feels out right away, thus ensuring that the general public does not think you are insane.

Now that you’ve cried out all those emotions, it’s time for… 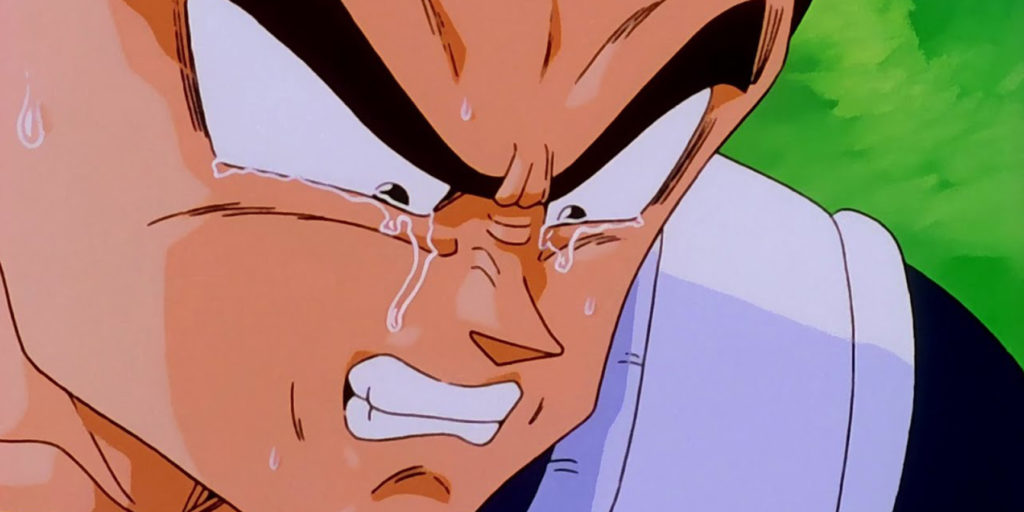 After you’ve had a good cry, it’s time to flush your body of any lingering emotions or depressive clouds hanging around your brain.

The best way to do this is to throw on something completely different. If you watched a sad slice-of-life dramedy, like The Pet Girl of Sakurasou, throw on an anime with hyperkinetic action scenes like Dragon Ball Super or Fairy Tail. However, if it was an action anime like Fairy Tail that did you in, throw on some feel-good and/or off-the-rails comedies like Nichijou – My Ordinary Life or SHIMONETA: A Boring World Where the Concept of Dirty Jokes Doesn’t Exist.

If, perhaps, you might be in need of some fan service to cheer you up, no judgement here, just throw on one of the many harem anime out there and let your brain recover!

Whatever distraction you need to pull away from the anime that made you cry, go ahead and indulge in it. Once you’ve cleansed your brain’s palate, it’s time for Step 3.

Step 3: Don’t think about the anime that made you cry! 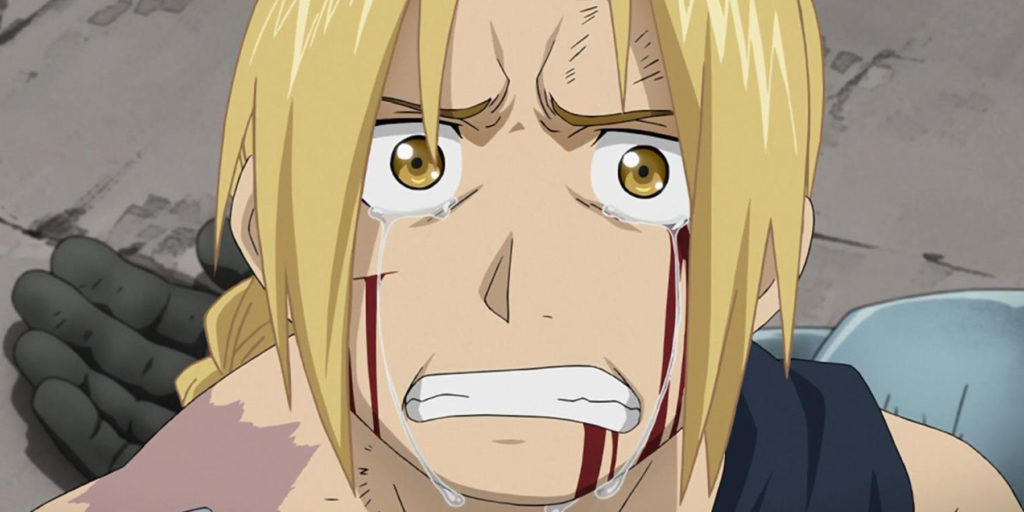 Oh no. Did you think about the sad anime again? Aw jeez, why did you do that? Come on now, it’s not too late! You can get back on your feet!

Well, that’s true, but come on, we can get over this! 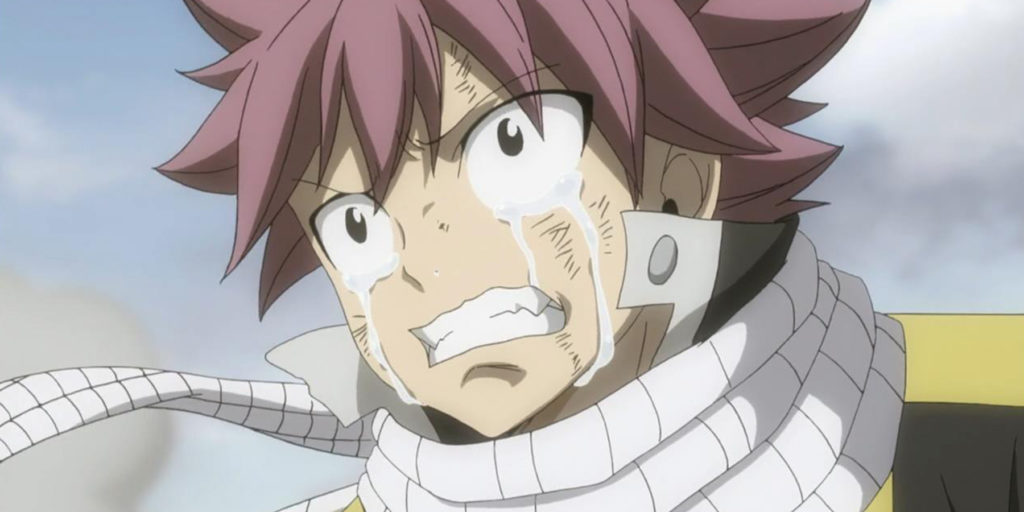 Oh boy, we’ve backtracked quite a bit here. There there, all is not lost. If you simply follow the first two steps again, you’ll be right on the road to recovery!

No need to think about All Might’s final fight, or Episode 7 of Tengen Toppa Gurren Lagann, or anything that’s happened to Mirio in the last few months, or Luffy’s reaction to the loss of a loved one.

Well, now you’ve got us crying! Nothing is OK and everything is terrible! Ace will never come back! Mirio may never use his powers again! How can we come back from such a horrible feeling?! Guess it’s time to lie on the floor and mourn the lives and livelihoods of our favorite anime characters!

Clearly this guide doesn’t help when anime makes you cry!

Perhaps this was an exercise in futility. Perhaps there is nothing to do when an anime leaves you emotionally devastated. You can lose an entire afternoon to a bad case of the anime feels, and there’s no way to come back from it.

Really, all you can do is take comfort in the fact that a work of fiction moved you. When an anime makes you cry, it means someone’s art resonated with you — the characters and their struggles and deaths were so realistic that you felt they were real, and you felt the loss of a non-existent person.

…and maybe that’s the recovery. Knowing that you were moved by a work, that anime made you feel in a real way. That’s incredibly powerful, and while it might have gut-punched you in the feels and left you a crying mess, that means that someone’s vision and creation reached you.

So, if you ever find yourself crying because of an anime, it’s sort of a good thing, and you’ll get over the ensuing sadness and dread… eventually… hopefully…

Not a Funimation subscriber yet? Sign up now so you won’t miss out on all things anime.

Looking to chat about anime that’s made you cry? Head on over to the Funimation Forums.

The post So, An Anime Made You Cry: A Guide to Recovery appeared first on Funimation - Blog!.